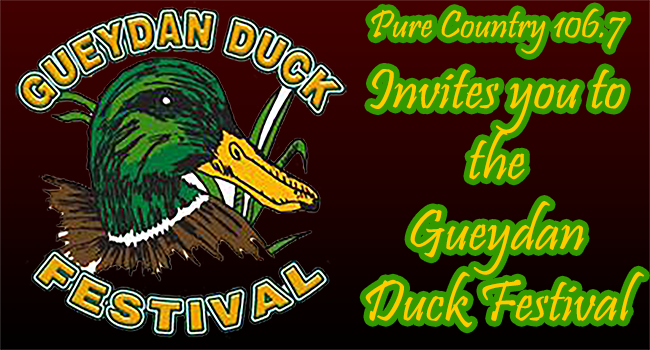 The Gueydan Duck Festival is coming September 20th thru the 23rd. Head to the Duck Capital of America for the Duck Festival on Highway 14 in Gueydan. There will be fun for the whole family!  You can take part in the skeet shoot, or sample the entries in the outdoor cooking contest, and carnival rides for the kids. Music is a huge part of the festival, the lineup includes, Blaine Roy and Second Wind, Kevin Naquin, Don Rich, Richard LeBouef, Amy Nicole and Zydeco Soul, Leroy Thomas and Zydeco Roadrunners, Wayne Toups, Colby Latiolais and Ambush, and The Envies.

The WWE has confirmed that WWE Hall of Famer...Read More
General Mills has announced a Sesame Street Cereal is...Read More
There I Ruined It on YouTube released “and old-time honky-tonk”...Read More
On Tuesday, a bipartisan group of lawmakers unveiled legislation...Read More